In addition to this article, I have also made a YouTube video (see below) demonstrating how to get rid of ants on fruit trees using liquid ant bait.

The Argentine ant is one of the worst invasive species. From its native Paraná River basin, it has spread to six continents, aggressively displacing native ant species and disrupting ecosystems. California has a supercolony of Argentine ants that covers most urban areas. Because introduced Argentine ant populations lack the genetic diversity of native populations, the ants treat one another as family. The resulting lack of aggression within the introduced colonies gives them an advantage over many native ant species.

Ants on Citrus Trees Can Be Deadly

Even if citrus psyllids are not present, ants on citrus trees protect many kinds of insect pests of citrus from natural predators. Basic organic pest control of citrus trees is to keep ants off of the trees so that predators can kill the harmful pests. The below photo shows ants on my lemon tree tending cottony cushion scale.

When to use Liquid Ant Bait

Argentine ants have multiple queens per nest and share workers between nests. In order to exterminate Argentine ants, all of the queens must be killed. Argentine ants are most vulnerable in the springtime because worker ants execute a large percentage of the queens. This makes spring the ideal time to bait Argentine ants. Another advantage of starting in the spring is that there are fewer alternate sources of nectar available to the ants to distract them from the bait. In California March is a good month to start baiting Argentine ants. Starting early can also help to avoid the increase in pests such as the Asian citrus psyllid that occurs when ants infest a citrus tree. Ant baits can be placed any time that ants are present.

Borax and Boric Acid not Always an Effective Ant Killer

I had unsuccessfully tried ant baits for organic ant control many years ago. I find boron-based ant baits such as those that use borax and boric acid attractive because they only target ants and cause no harm to beneficial insects such as Tamarixia radiata. I first tried commonly available products with no success. I then tried some of the many do-it-yourself borax ant killer recipes on the internet, also without success.

I was surprised more recently when an entomologist suggested that I try ant baits because I had tried them and they failed to stop my ant problem. After further research, I learned how to kill ants more effectively. I had success using a different boron-based ant bait.

University of California entomologists have performed extensive studies of boron-based ant baits and have found that the concentration of boron in the bait is critical. Some of the common products use too much boron and thus do not kill an Argentine ant colony. For ants in the house they sometimes quickly kill the invading workers, but they kill the workers so fast that the bait does not make it back to the colony to kill the queens. The same is true of the many borax ant killer recipes on the internet. Although the high-boron baits do not kill the colony, they can still be useful for the case of home invasion if they quickly kill the invading workers. Ant baits with a lower concentration of boron are more effective in killing Argentine ant colonies because the workers are able to take the bait back to the colony before they die and share it with the queens.

Whether installing a bait station near a citrus tree or near my house where the ants are invading, I first loosen the soil with a screwdriver. Then I screw it into the ground so that the base is touching the ground and so that the ants can get into the bait station. Next I add the ant bait and put the float on top. The float both allows easy feeding by the ants and also reduces evaporation which would increase the concentration of boron in the bait and make it less effective.

Although I believe that this ant bait is a safe product, I read the label and follow the directions. Per the label I make sure that my daughter and my dog will not access the ant bait.

This ant bait has the correct percentage of boron as shown by studies by University of California entomologists. Ants feeding on this bait share it by a process known as trophallaxis. With the correct percentage of boron, the bait is shared throughout the colony before the workers die. I have succeeded in killing Argentine ants in my yard with this bait.

Argentine Ants in the House

One thing that can make the ant bait more effective is to create shade for the bait station if it is placed in an area that receives direct sunlight.

Sometimes the ants will become disinterested in the bait if there is a build up of dead ant carcasses. In this case, I clean the bait station with a product such as Clorox Clean up, rinse it thoroughly, and place it again.

Argentine ants like to use hoses and irrigation tubing as a highway.

Because of this tendency of ants to use tubing as a highway, it is possible to guide ants to a bait station by placing the bait station near tubing. Another good place for a bait station is near an irrigation emitter because Argentine ants are attracted to wet spots in the yard.

Because effective boron-based ant baits are slow acting, it can take some time to kill an Argentine ant colony. Rapid results should not be expected. To kill a colony it is necessary to continue baiting as long as ants are present. Another technique that can be used to stop ants on fruit trees more quickly is the sticky barrier. For more robust protection both ant bait and sticky barriers can be used together to  keep ants off fruit trees.

The ant bait demonstrated in this article can be purchased here.

Please visit CaliforniaCitrusThreat.org for more information on how to stop the spread of Huanglongbing. University of California Integrated Pest Managment has information on other ant baits. 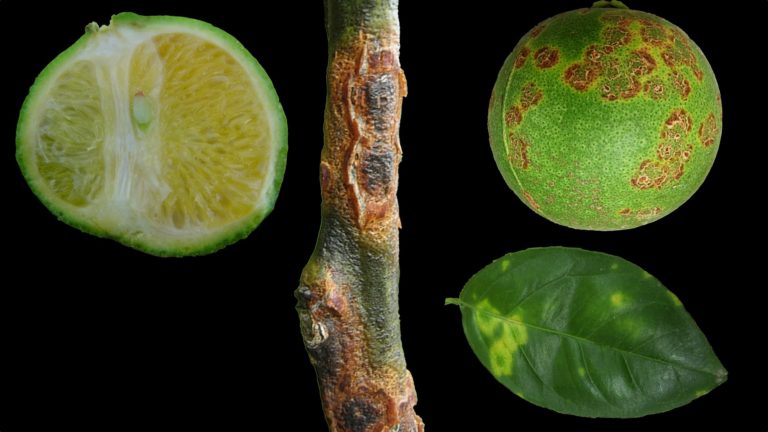 Citrus diseases are a significant threat to our citrus trees in California and all citrus growing regions. I have made a video showing 14 of the nastiest ones and giving… 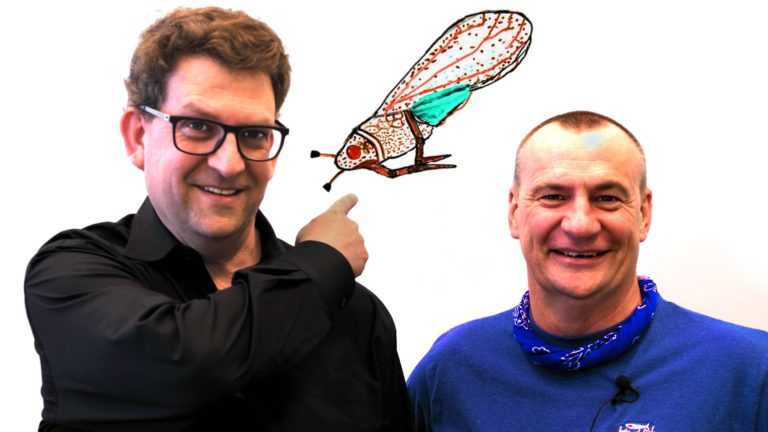 I recently visited the University of California, Davis in response to a reader’s question about the rapid spread of huanglongbing disease (also know as citrus greening, HLB, or yellow dragon… 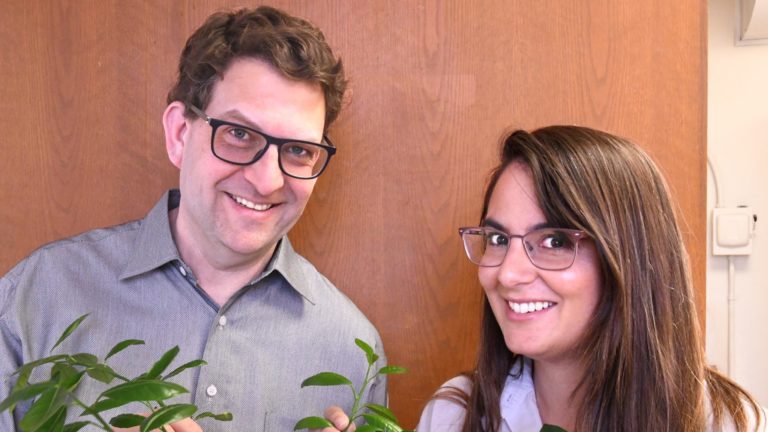 In the following video on citrus pests, I visited Dr. Monique Rivera, a University of California entomologist to get answers to reader and viewer questions on citrus pests including Asian… 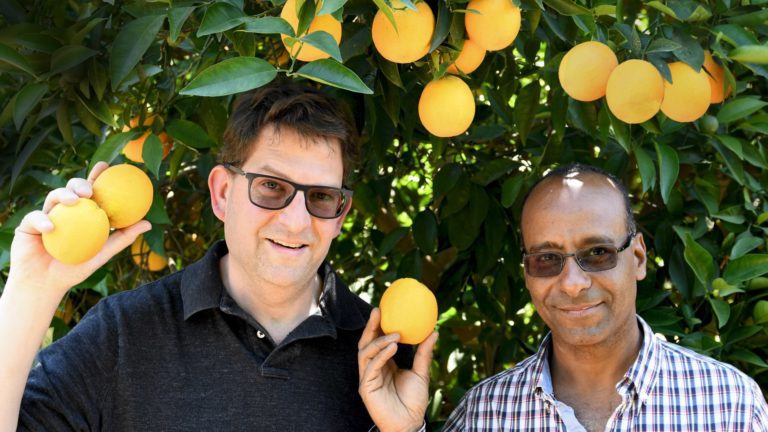 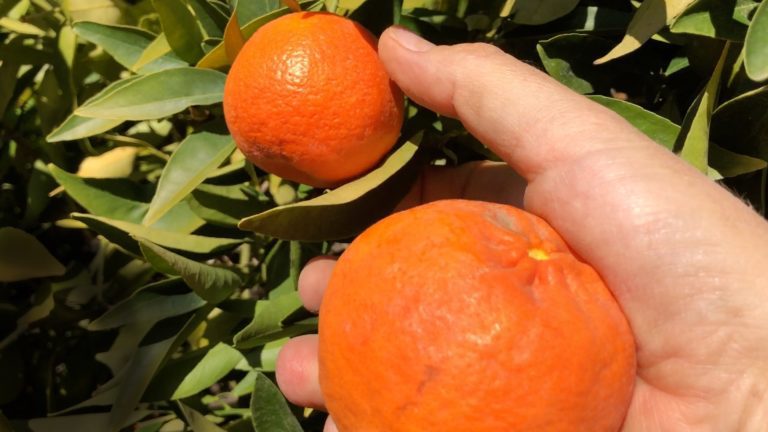 The movement of citrus fruit poses a severe danger to California’s citrus trees due to the presence of Asian citrus psyllids and huanglongbing (also known as HLB or citrus greening)…. 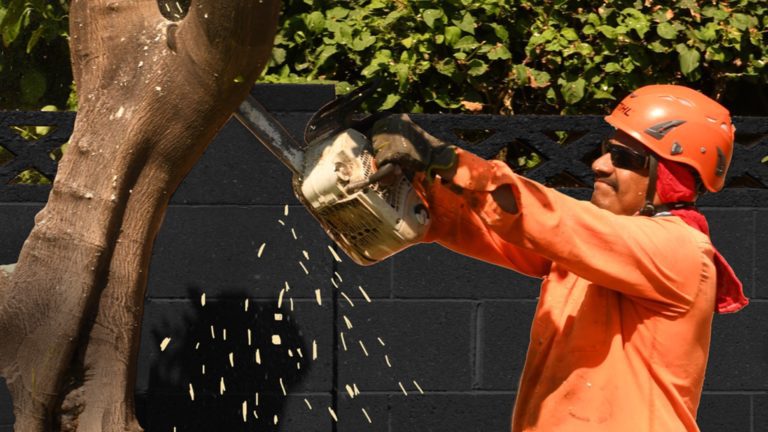 In California our citrus trees are severely threatened by a deadly and incurable plant disease called huanglongbing or HLB. It is possible to save citrus trees from this disease by…