This step-by-step tutorial on grafting citrus trees shows how to graft citrus successfully using the cleft graft. The grafting of a multi-variety citrus cocktail tree is shown. A scion of a Sarawak Pummelo is grafted onto a mature Oroblanco tree.

In addition to this step-by-step guide, I have also made a YouTube video (see below) showing the cleft grafting of citrus trees.

In California we now have both exotic diseases that kill citrus trees and also the insects that spread the diseases. The situation is so severe that it now against the law in California to graft with cuttings taken from backyard citrus trees. To save our trees from deadly diseases, hobbyists in California no longer swap citrus cuttings with friends. We now instead order our budwood at a nominal cost from the Citrus Clonal Protection Program (CCPP), a program that exists to provide disease-free budwood for the grafting of citrus trees.

Choosing the Grafting Technique based upon the Scion Size

There is no single best grafting method for citrus, but when grafting multiple varieties to a mature citrus tree I often prefer to use a scion graft rather than a bud graft. I have found that chip bud grafts and T-bud grafts of additional citrus varieties tend to be very slow to grow or they do not grow at all. Scion grafts on the other hand are more likely to grow and they grow more quickly. For this particular graft, the scions that I received from the CCPP were slightly smaller in diameter than my target branch, so I decided to use the cleft graft and I selected the scion closest in size to my target branch. Had the scions been significantly smaller than my target branch, I would have chosen the bark graft instead. For cases where the diameter of the scion is bigger than the diameter of the rootstock, I like to use the Z graft.

Cutting off the end of the Branch

The next step is to split the end of the target branch to create the cleft into which the scion will be inserted. I begin the cut at the middle of the end of the branch and slowly rock the knife back and forth until the cut is the desired length. This cut is about 1.5 inches (4 centimeters).

Outside of Bark Aligned

The below illustration shows an example where the scion and target branch are aligned at the outside of the bark.

In the below illustration, the angle of the scion has been slightly adjusted in an attempt to create contact between the cambium of the scion and that of the target branch.

Wrapping the Graft with Parafilm

Here I wrap the graft with an initial layer of parafilm to seal the graft and hold it in place. To get a good seal, I gently pull on the parafilm as I wrap it. This makes it stick to itself. I used half inch parafilm to wrap the scion. The following link shows where parafilm can be ordered: Grafting Supplies.

Wrapping with a Rubber Band

In order to ensure close contact between the cambium layers and to strengthen the graft while it is healing, I wrap it with a rubber band.

Pruning the Scion to Three or Four Buds

Here I prune the scion to leave three or four buds. In this particular example the scion has three buds remaining.

Adding a Second Layer of Parafilm

The next step is to wrap the scion with a second layer of parafilm. I wrap starting from the bottom, overlapping as I go up and gently pulling on the parafilm to make it stick. Overlapping the layers keeps the graft from drying out and will also keep out rainwater. Keeping out rainwater will help the graft survive in climates that are rainy during grafting season. Other than the buds I completely wrap the scion, including the cut end. Some people cover the buds with parafilm, but when I tried that, I noticed that buds of some citrus varieties struggle to break through the parafilm.

Protecting the Graft from the Sun

At the time of year that I performed this graft, the temperatures were getting into the upper part of the optimum range (70°F to 85°F ; 21°C to 29°C) for healing of citrus grafts. In order to keep the graft from absorbing sunlight and getting even hotter, I gently wrapped it with aluminum foil to reflect the sunlight.

After removing the aluminum foil, the next step is to be patient and wait for the graft to start growing. Sometimes the buds on the scion will start growing within a couple of weeks. Other times I have seen it take months. Patience is the key. The below photos show about four months of growth.

Healing of the Citrus Cleft Graft

The below photos show the graft union after many months of growth. The rubber band and parafilm had deteriorated and were no longer needed, so I removed them. The graft had healed well on the front and on the back.

The below photo shows the tree with the Sarawak branch extending from the lower middle of the photo to the upper left of the photo. It also shows two other pummelo varieties that have been grafted to the Oroblanco tree.

Save Citrus Trees by Spreading the Word

In places where huanglongbing has spread, citrus trees now have very short life spans. Parts of the world that do not have the disease are highly vulnerable. There is no cure for the disease, but education can slow the spread. Please help stop the spread to new parts of the world by sharing this article and the importance of grafting with registered disease-free budwood. Thank you!

Please visit CaliforniaCitrusThreat.org for more information on how to stop the spread of huanglongbing.

This article was funded by a grant from California's Citrus Research Board. 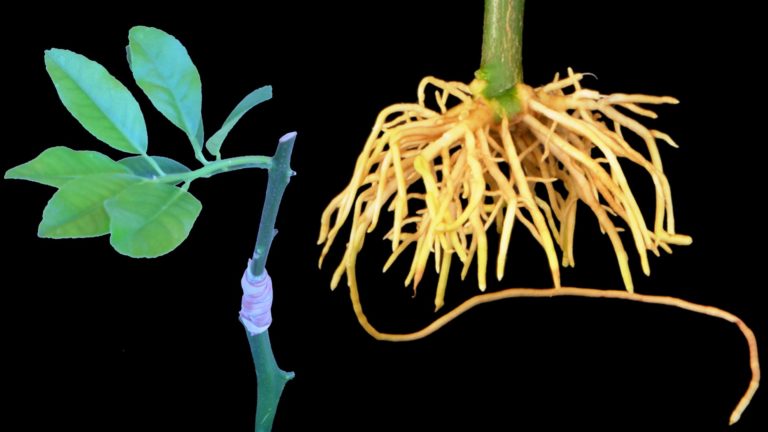 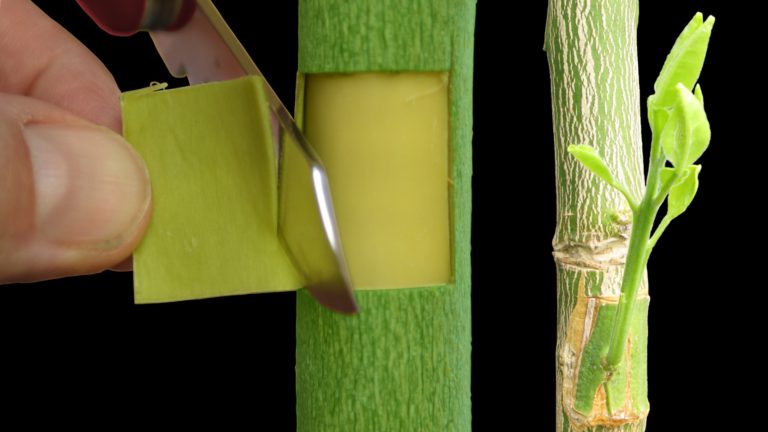 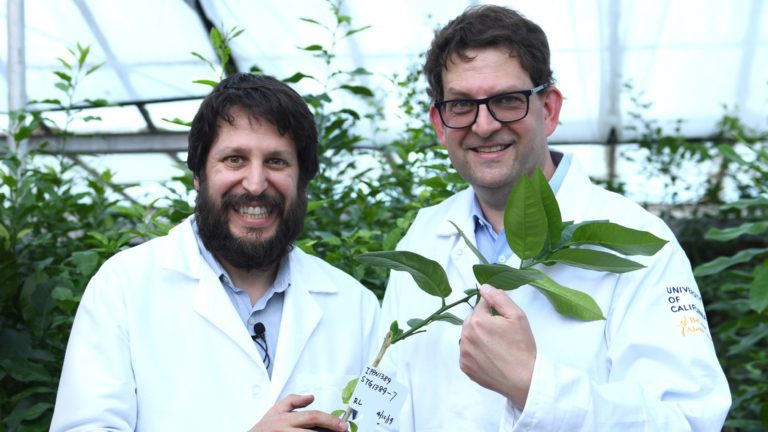 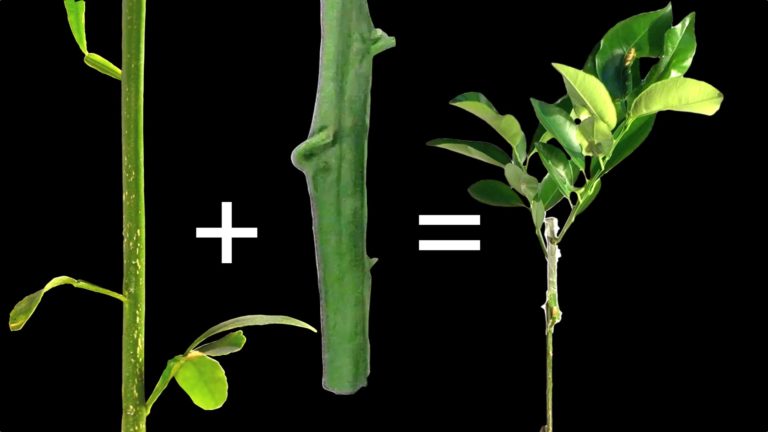 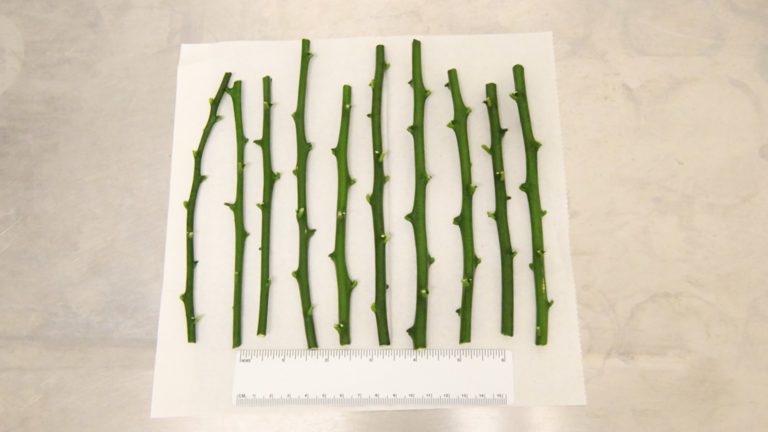